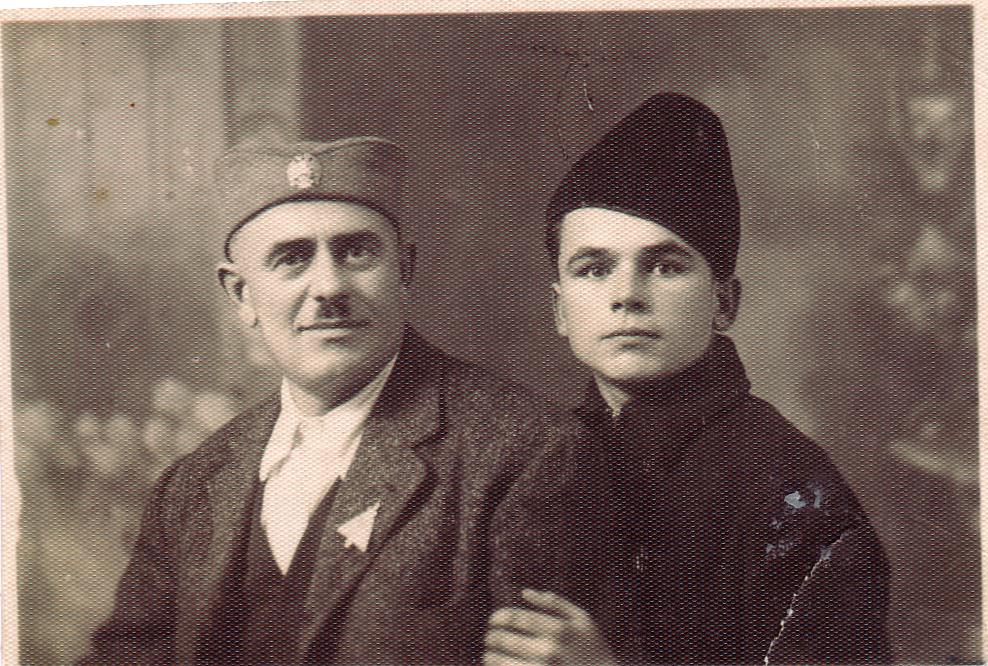 This website was created to document and preserve from loss the photographic history of a brave, largely rural population of Serbs and their exodus from their homeland at the end of World War II. From 1945 and 1948, tens of thousands of members of the Royal Yugoslav Army and their families lived in refugee camps in Italy and Germany prior to being dispersed across Europe and into the Americas and Australia.

Barely a teenager, my father Petar Lukić joined the Dinaric Chetnik Division led by Vojvoda Momčilo Đujić. In December 1944, he, together with thousands of Serbs from the junction of Lika, Dalmatia and Bosnia, made the 500 kilometre journey by foot and arrived in the Italian border town of Palmanova in May 1945. Under attack from enemy forces and with treacherous rivers and mountains to negotiate, many perished on this journey. However, with determination and guided by the leadership of Vojvoda Đujić and his Chetniks, thousands arrived in Slovenia and ultimately crossed the border into Italy.

From Palmanova, the Chetniks and other Royalist servicemen surrendered their weapons to the Allies and together with the civilians who fled with them, travelled to the Italian towns of Cesena and Forli not far from Ravenna. By September of 1945 they were once again moved to an area south of Naples and Mt. Vesuvius, some 28 kilometres from Salerno. For the next two years they lived in a camp in the small town of Eboli. My father rarely spoke about the period prior to leaving his village of Velika Popina in Lika. However, he shared many stories about his life in Eboli. Like many others, from Eboli he travelled to England. There he met and married my mother Mirjana, before moving to Australia in 1962. He passed away in 1993 in Republika Srpska Krajina and is buried in the cemetery in Knin.

My father’s stories and those of the many Serbs who shared a similar fate and who settled in the northern districts of Sydney, always fascinated me. Over the years, I pored over the few Eboli photographs that my and other families possessed and never passed up an opportunity to hear stories from other survivors. The courage of those men and women will forever remain in my memory.

Some years ago, I began to collate the photos I had collected, never thinking I would eventually publish a book and amass thousands of photographs, publications, and documents. In 2006, I met the late, Čika Veselin Savić, a former World War II pilot who had not only experienced life in the camps of Eboli and Germany, but, as a passionate photographer, had taken thousands of photographs during that period. Čika Veselin spent days with me compiling a thorough historical record of those camps and was delighted to entrust me with the preservation of thousands of negatives that he had in his possession.

In 2011, Rev. Fr. Saša Radoičić and I published a book, Eboli Camp 1945~1947: A Photographic History. Some 250 photographs from various collections were published in the book. I received many letters and emails from readers of our book thanking us and sharing their stories about their parents’ and grandparents’ time in Eboli.

This website presents 5,800 photographs from Eboli in Italy, and over 8,500 photographs from camps in Germany, including Munster, Fallingbostel, Seerdorf, and others. The photographic quality varies considerably, with some in near perfect condition and others badly damaged. People of various nationalities were photographed including Italians, Germans, Poles, and, of course, Serbs.

The task of digitising thousands of 35mm negatives was made possible through the patience and dedication of my brother-in-law, Petar Crnomarković, and my son Simeon. The photographs come from many sources including, +Veselin Savić and +Nikša Fabrio, former members of the Royal Yugoslav Army whose collections represent a significant contribution, as well as from friends, relatives, and my family’s collection. To all of them a very sincere thank you.

Survivors of Eboli and the German camps and their descendants are invited to contribute to this collection through the addition of photographs that are not already on this website. Furthermore, the digital addition of information mainly through the recognition of places and individuals in any of the photographs is warmly welcomed.

Proceeds from sales and donations are payable to the St. Sava Parish Project Fund and are employed in website maintenance and for Serbian community charitable works.

My sincere thanks to the Movement of Serbian Chetniks Ravna Gora, Bonnyrigg – Sydney, for their sponsorship of Eboli Camp 1945~1947: A Photographic History and for their continued support in the preservation of Serbian history by funding the establishment of this website.

I hope you enjoy the collection.

Site sponsors and thanks to: 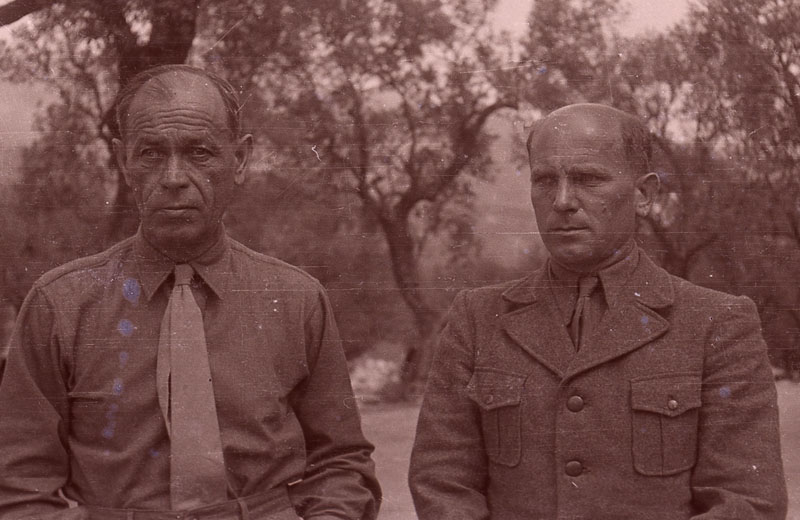 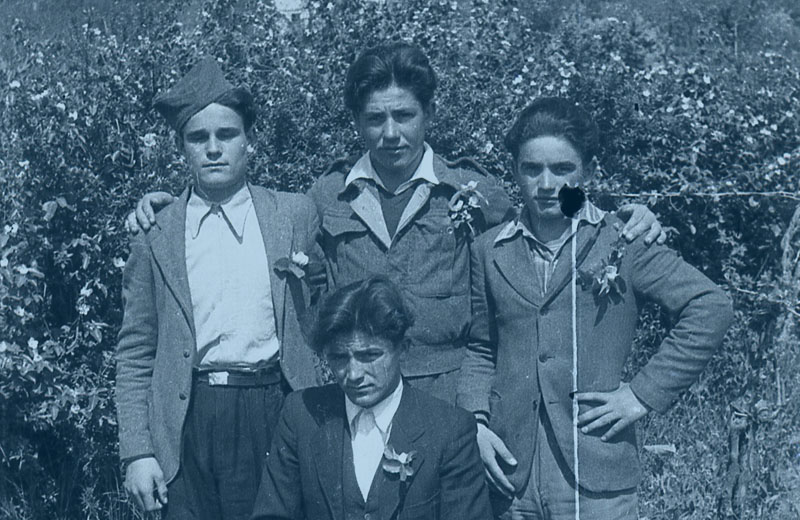 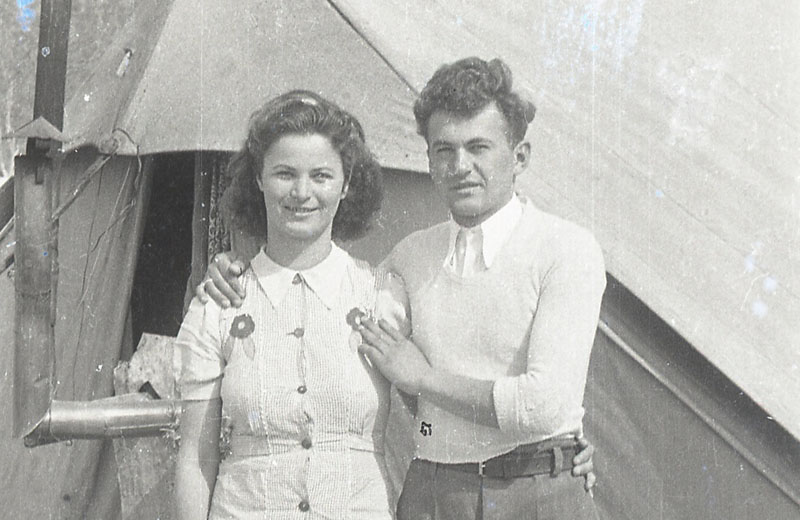 Help us to continue doing the work we do; documenting our rich history for future generations.

Subscribe to our newsletter to be informed of any updates and church related news.

We use cookies to ensure that we give you the best experience on our website. If you continue to use this site we will assume that you are happy with it.OkPrivacy policy